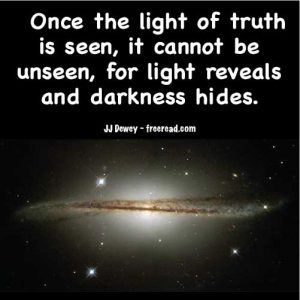 The Place of Integration and Synthesis

Question: We know that fusion follows identification, but where does integration fit in? Is it first second or third place in the triangle?

Explain how integration applies to us as we seek to take higher steps in personal and group evolution.

Reader comment: I have a suspicion that this principle is something we already use and understand to some extent, but we haven’t yet realized how we can apply it to the fullest.

JJ: This is very true of all of these principles. On a higher turn of the spiral, the application of these is far beyond what we have imagined. Even so, it is best to stretch our minds and imaginations as much as possible. We develop our spiritual vision through exercise just as we do our physical muscles. This is why it is so advantageous for the group to grasp meaning by contemplation and investigation rather than merely being told a version of the truth.

Those who merely rely on being told without thinking things out for themselves are like those who sit around all day and never get any exercise. We must get into some active motion to strengthen ourselves in any endeavor we approach.

So, which is correct?

First let us take a look at the meaning of the word “integrate.” The common meaning is: “To make into a whole by bringing all parts together; unify. To make part of a larger unit.”

The metaphysical meaning goes beyond this somewhat and implies more than merely bring parts together. Parts are indeed brought together to produce integration, as we are speaking of here, but from a spiritual angle the extra ingredient involves consciousness. The seeker not only brings together the higher and lower, but relates them together in his consciousness so they are fully accepted as belonging together. “Conscious acceptance” is the extra key to spiritual integration.

First comes identification. The disciple identifies the higher and sees himself from this higher vantage point. Eventually, he realizes the higher is not separate from himself and the identification becomes more of a reality than he had previously imagined. As the reality of the oneness of the higher and the lower become realized he finds he must adapt to the new reality and integrate his consciousness to accept his “new birth” or new self. When this conscious acceptance is complete the higher and lower become fused. They are no longer two or more parts but one greater life.

But what about those who said that integration follows fusion? Is there anything to this thought?

Perhaps. To understand let us look at the next step beyond fusion. What happens next is that the fusion is discovered to not be the end of the journey, but a step in the journey and a still higher vision of life is seen. Again, he uses the principle of integration and accepts the fact that his spiritual journey is not at an end, but a new beginning. When he integrates this into his consciousness he lays the groundwork for identifying with a still higher plane and aspect of the One Great Life. Thus the process goes something like this: identification – integration – fusion – integration – higher identification, etc.

In addition the principle of synthesis is used continuously along the way.

Question: What is the difference between synthesis and integration?

Integration come before synthesis in the creation of higher life. First, there is a desire for the higher, then after some comprehension is grasped the seeker identifies. As the period of identification begins differences between the higher and the lower are noted. For the identification to continue the seeker must therefore integrate his consciousness with the higher by disregarding the differences. This is done by an act of the will.

It is at this step that many fail in group work. The seeker may identify with the group and believe in its goals, but to integrate he must deal with the belief system of his past as it relates to the group work and purpose. Some things must be added and some either given up or put on the shelf. If he is too attached to the past he may not possess the will to integrate.

Now it is understood that some groups are so far off the mark that integration would be undesirable. We are not talking about this situation, however. We are talking about a group with desirable goals. It matters not how perfect the group, this process of integration and adaptation will be necessary.

After the seeker then accepts his next step and integrates he then begins to synthesize and becomes a part of the higher life in a molecular order. He next fuses with the higher life until this seems to be the natural place to dwell in consciousness. As this fusion takes place so does additional synthesis. The unifying elements from the lower blend with the higher, leaving that which is not necessary behind. In the end you have a new creation which is synthesis of all workable parts collected along the path.

Integration in two parts of the universe will often produce two different results, but when complete and fusion/synthesis take place the final creations are the same.

For instance, the various hydrogen atoms integrate and produce different results. But when they combine as two atoms molecularly the results are the same.

Later they fuse and the result is always helium. It doesn’t mater when or where it happens whether it is in this galaxy or one far away.

Even so with us. As we evolve into higher consciousness we achieve the same end results that other lives in other systems achieve. What we end up achieving is new to us, but this newness will be the same, in the end, as that achievement accomplished in other sections of the universe.