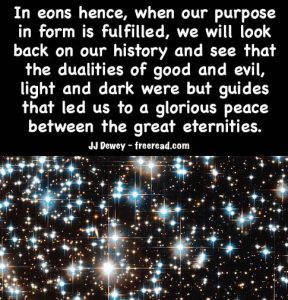 The Abomination of Desolation Part 2

Question: In our modern age there has been another abomination that has brought desolation. Who was this man and how does this event in history correspond to the prophecy?

Remember that in different cycles various words of the scriptures may have differing symbolic meanings.

Many are looking to the future for a fulfillment of the Abomination of Desolation as well as most or the rest of Matthew 24. They think the abomination will be a great antichrist that will make Hitler look like Snow White.

Someone asked why Stalin or other dictators would not be equally good candidates.

There are several reasons for this – the first being that none others fulfilled the Law of Correspondences and filled in the points of the prophecies.

The second is that Hitler was the greatest abomination of our time period because he posed the greatest danger on the planet.

Stalin, Hussein and other tyrants were just low level thugs, but Hitler had great intelligence and was an initiate of the dark side. As such, he posed a greater danger than merely mindless destruction and domination. He was supportive of a plan that would have set up a system that would have controlled the minds of humanity throughout the planet and destroyed all those who posed a threat to it.

Among the signs preceding the Abomination of Desolation were:

(1) “And this gospel of the kingdom shall be preached in all the world for a witness unto all nations; and then shall the end come.” Matt 24:13

Remember the disciples asked of the signs of the end of the “age” (translated from the Greek) not the world. The midway point between the two ages of Pisces and Aquarius was the end of world war in 1945 so the rise of Hitler was indeed during the end times, or “consummation” as it is literally translated.

At the time of World War II the name of Christ and his gospel were indeed known among all nations and the end of the Age of Pisces did arrive.

(2) “And when ye shall see Jerusalem compassed with armies, then know that the desolation thereof is nigh.” Luke 21:21

So when did Hitler surround Jerusalem with armies? This literally happened in 70 AD, but in this cycle the prophesy was fulfilled in other ways.

Jerusalem is a symbol of a place where the Jews can dwell securely in their homes and when Hitler came to power he began to build armies of SS troops who “compassed” the Jews and took away their security. Jesus told them that when they saw this happen they were to immediately “flee” and “depart out.”

In fact it is true that many Jews did smell the coffee and get out. Einstein was one of the more famous who saw the signs and left. Others who stayed were not so lucky.

Jerusalem comes from the Hebrew YeRUWSHALAYIM which means “to instruct or show the way to peace.”

This meaning is also in harmony with the prophecy for Hitler did not encompass the way of peace and paved the path to war.

“When ye therefore shall see the abomination of desolation, spoken of by Daniel the prophet, stand in the holy place, (whoso readeth, let him understand:)” Matt 24:15

This is really an alternative wording of Luke 21:21 which we just quoted and it gives us another aspect of the prophecy.

Hitler and his armies which enforced tyranny were an abomination. Why? Because the temple of worship (the holy place) for the Jews was replaced with one who takes the place of the true God. In other words, Hitler stood “in the holy place.” They had to obey Hitler and his system above the voice of God. This abomination not only brought physical desolation to many, but also spiritual desolation. As soon as the Jews saw that this process was happening they should have fled the country, according to the prophecy.

What should the Jews do if modern Israel is surrounded again by the armies of the world and it looks like another cycle of the prophesy will be fulfilled? Should they flee or stand their ground and fight as they did in 70 AD against Titus?

Many think they should stand and fight and that at a desperate moment the Messiah will appear and save them.

It is hard to say. But we do know that when this situation has occurred two other times in history that they suffered great tribulation and no messiah appeared.

A messiah will definitely come to them, but how he comes may be quite a bit different than expected, just as it was last time.

I bought a dog the other day…I named him Stay. It’s fun to call him… “Come here, Stay! Come here, Stay!” He went insane. Now he just ignores me. Steven Wright