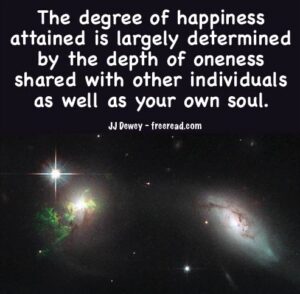 A reader questions the validly of DK since he seemed to know more specifics in 1949 than 1957.

Alice A. Bailey died Dec 15, 1949 so there was no new information given out in the Fifties. Some of the materials were published after her death and the publishing and copyright dates do not necessarily reflect the dates the material was written. The last transmissions were in 1949. Concerning this DK wrote:

“This is the last Wesak Message which I intend to give you. In 1949, I shall have completed thirty years of carefully planned and meticulously outlined work; this work I undertook under cyclic law (related to the periodical giving out of the esoteric teaching) in order to aid humanity and the work of the Hierarchy, to both of which I happen to belong.” Externalization of the Hierarchy, Page 631

The reader questions my teachings on the divine possession of Jesus with the Christ as DK seems to indicate that the entity who was Jesus stepped aside and let the Christ take over.

I believe I’ve covered this in some detail, but I’ll try and clarify.

First, the Brotherhood of Light do not ever use force that violates the free will of the individual. The only force they use is the attractive power of love, light and truth as a carrot to entice us to cooperate.

Any part that Mary played in the conception of Jesus was through her free will.

Divine possession is the occupation of two entities in one body. I believe that this was the case with Jesus as evidenced in some of the words he spoke – “The Father is IN me etc.”

“If any man hear my voice, and open the door, I WILL COME INTO HIM, and will sup with him, and he with me. To him that overcometh will I grant to sit with me on my throne, EVEN AS I ALSO OVERCAME, and am set down with my Father in his throne.” Rev. 3:20-21.

Here, Jesus is talking about the divine possession where the entity comes “into him,” even as happened between the Father and Jesus.

Perhaps you have a unclear idea of what divine possession is. It does not involve any loss of free will and the person who owns the body still has stewardship over it. Identical response is involved and a merging of the minds as if the two are one soul, yet still individual in their own right.

Did Jesus step aside, or was there divine possession? Both are technically correct. Normally, the two were in the same body with Jesus receiving from the Christ and speaking the thoughts in his own language. He spoke of this as follows:

“The words that I speak unto you I speak not of myself: But THE FATHER THAT DWELLETH IN ME, HE DOTH THE WORKS.” John 14:10

Then there were other times that the Master was speaking or doing great works when he stepped aside for a short time and let the Christ speak and act on his own. Even here there was not a complete vacating of the body, but more of a turning over the podium to an honored speaker. They were both always present in consciousness while they worked together.

Have you ever spoke under great inspiration and it seemed that the words coming out were not even spoken by you? It was something like this when Jesus stepped aside.

Question: Where did the phrase “divine possession” come from?

Neither divine possession or the overshadowing principle is out of harmony with the true teachings on the atonement.

It is always important to understand the principles involved. This enables one to either harmonize the apparent contradictions or see flaws in the presentation.

All disciples eventually receive the divine possession as promised in Rev 3:10 and when this occurs in his (or her) life then he will know for sure about the principle.

“If any man hear my voice, and open the door, I WILL COME INTO HIM, and will sup with him, and he with me. To him that overcometh will I grant to sit with me on my throne, EVEN AS I ALSO OVERCAME, and am set down with my Father in his throne.” Rev. 3:20-21.

Here, Jesus is talking about the divine possession where the entity comes “into him,” even as happened between the Father and Jesus.

Concerning my quote from Rev. 3:20-21 concerning Christ coming “into him” (the disciple) a reader points out that the rendition in the KJV of the bible is “in to him” (as in “in” (thru the “open door”) not “into him”.

The meaning is not changed. You are correct though, the wording is “in to” rather than “into.”

The entire phrase “I will come in” comes from the Greek EISERCHOMAI and appears 198 times in the New Testament. 124 of those times it is translated as “enter” or “enter in.”

The word “to” comes from PROS and is similar in meaning to the English “to.”

Interestingly EISERCHOMAI was even used in relation to demonic possession. We read:

“And the unclean spirits went out, and entered (EISERCHOMAI ) into the swine…” Mark 5:13

We have a number of examples of the two words used together. Here is one:

“Now when they had passed through Amphipolis and Apollonia, they came to Thessalonica, where was a synagogue of the Jews: And Paul, as his manner was, went in (EISERCHOMAI) unto (PROS) them, and three sabbath days reasoned with them out of the scriptures.” Acts 17:1-2

What did Paul enter in to? The Synagogue.

Did he surround the synagogue or speak to it from a distance?

No. He went into, inside of the building.

It is by no means a stretch of the imagination to assume that when Christ says he will come (or enter) into us that he is talking about the synagogue of our bodies.

As with other scriptures this has more than one meaning, but I maintain this is one of them.

One true principle that is taught in the Mormon Church is that the Adversary copies what God does and then distorts it toward his own ends. Even so, it is with possession. An entity of light and love can share the domain of a body as a guest. The Dark Brothers distort this and attempt to burglarize and force or trick their way in.

For a better understanding of the overshadowing and divine possession check out pages 207-213 in my book The Lost Key of the Buddha.

Question: What is the meaning of the tree of life?

The tree of life is quite simple. This represents the branches carrying the Spirit of God from the One Great Life down to the smallest life. The first step in connecting to this spiritual tree is soul contact.

For more of my writings on this subject go to Google search and paste this in and hit search.